Over the last 2 decades we have been fortunate to work as a partner with BAE SYSTEMS. This company has helped us take our embryo as a supplier into the status of a fully-grown Partner.

We are proud to have Launched the RAF Attack Fighter and The Eurofighter, live at a fully operation aerodrome. This involved us taking over a working aircraft hangar, not only installing set, stage, flown lighting and reveal grid for the full size Jet, but flying in a full PA System and building a big motorised turntable to turn our audience around from the presentation 180 degrees to watch the hanger doors open to reveal a low level flyby of 2 Eurofighters.

Not too long after that, we were asked to join a very prestigious list of live events houses from all over Europe to present ideas for revealing and launching 7,400 tons of attack Submarine. This was the first of seven from the Astute Class of Submarines.

Boat One – HMS Astute: One of the biggest Challenges was not just having the best creative ideas that would work under very stringent budget controls, but it would be to write an Event Strategy for working on a Live Nuclear Site. This took many months and consultation with several parties before completing and it being passed.

On the day we would hide the Submarine from all our VIP’s and dignitaries behind a great wall of moving video imagery projecting upon a vast wall of transparent Gauze. On Cue we would remove the projection and front lighting, and with the help of back lights, we revealed the Submarine through clouds of Mist. Synchronised motors would then pull the reveal gauzes up high into the roof and up and over the top of our VIP’s and Dignitaries to reveal the Boat in all its full splendour. Using a closed microwave signal we would transmit video images across high resolution LED screens positioned along the length of the boat.

For the evening we built a large stage at one end of the Hall, complete with full intelligent lighting and sound systems that would allow Heather Small and her band to entertain 7500 invited guests. Food stalls and bars were also installed as well as cafés along with a large Marquee fit to host all our VIPs and Dignitaries for a 5-Course Lunch. On the exterior of the DDH, the Submarine which was now outside would be fully lit with a fantastic 20-minute firework display which was synchronised with a chosen piece of music as the backdrop to the night sky. The whole Town could see all of this from the bridge on the main road courtesy of two large sponsored Video Screens which had been lifted on hydraulics from within the back of 45’ customised trucks.

It was a great celebration of just what UK Engineering could still accomplish upon the world stage.

Named after one of Birmingham’s most notable Civic Leaders, The Chamberlain Awards works to acknowledge extraordinary achievements and thank employees of Birmingham City Council who deserve more recognition for their commitment to the job while going that extra mile to help people.

This is yet again another long-standing relationship that Comtec has been fortunate to have been a part of. This event has had a multitude of venues over the years, however it has now found a home in the phenomenal surroundings of the Main Ballroom at the City’s Town Hall.

This made the project a challenge as the set, stage, lighting and projections systems had to compliment the original and ornate design of the Main Ballroom. Comtec designed a ground support system that integrates into the great marble pillars within the room and allows the projection through high powered laser projectors to produce large HD images from over 30 metres away. The power for this along with the intelligent lighting and sound systems is brought into the room from outside and distributed throughout the Ballroom. Each year we strive to improve the event, this year we are looking at using large independent LED Screens all controlled from one multi-point Matrix Hub. 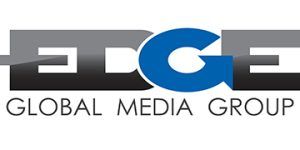 We work with Edge Global Media on multiple events throughout the year and have been doing this annually for nearly half a decade now. We do both Conferences and Awards shows for this client which provide us with an interesting variety of challenges that we like to rise to.

Recently we provided Edge Global with a 60-metre canvass for one of their main Award Ceremonies. The canvass gave them the ability to show and move animated graphics and video across the whole backdrop of the event. When choreographed with an intelligent lighting system the result was amazing.

Comtec have worked alongside Hawker Publications once again for over a Decade. We have formed a great partnership and every year we strive to exceed our client’s expectations. This client holds 3 separate events back to back over 3 days.

The challenge was to utilise the same Framework for the Presentation Backdrop along with all the equipment but give each event a separate identity. When we first took the event over many years ago, the incoherent would just take the Main Backdrop Logos off and just replace them each night. The lighting and sound would stay the same as they said it was a different audience and no one would know the difference, apart from the client.

Comtec was able to utilise light weight box steel frame as the substructure for the Presentation Backdrop. We then use Hi Density pre-printed stretch fabrics which means each event, even though back to back, can have a complete make over, highlighting brand, sponsors and of course an integrated design to complement and identify each event separately.

The lighting had individual programs constructed to highlight and feature the design concepts and colours of each Award Ceremony. For the finale, the last evening has a 15m catwalk built as the show has Live Dancers and Models integrated into the running order. Although it takes a team of nearly 50 to coordinate and produce, the spectacle produced is truly amazing for both Client and guests alike.

Comtec would like to thank all our partners and everyone involved in helping produce memorable events year after year. 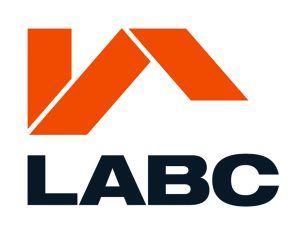 The LABC Building Excellence Awards consists of 12 Regional Events held in various locations across the UK and build up to a Grand Final Event in London which attracts over 800 attendees from all over England and Wales. It is the largest business to business awards in the building control sector.

Comtec is responsible for all the creative direction and production for the Opening and Graphics sequences. The design and build of the Presentation Set, Intelligent Lighting and Line Array Sound System including High Definition Laser Projection and all Flying & Rigging.

The Operations and Production Teams are all home grown and in-house that produce the Events Live. Comtec is proud to have successfully produced these events for nearly half a decade now. 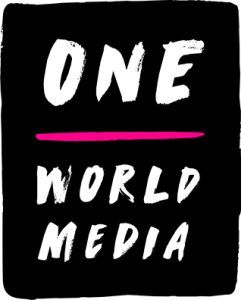 On this event we get to use the Theatre at BAFTA Headquarters in London as they are a major partner at One World. The challenge was to hold a major awards ceremony in this grand old theatre designed for screening major world box office films.

Comtec brought in Remote Control Cameras as there is no space in the aisles for conventional Digital Video Cameras. A digital reel was composed and cued in for each award category with separate cues for nominations and winners being inserted within the fully animated reel. The live footage was the juxtaposed with the help of a HD Vision Mixer. A special water-cooled Video Projector was then used to project the bright high definition imagery upon the full back wall of the stage area.

Jon Snow, best known as the longest-running Presenter of Channel 4 News came straight over from the ITN Studios to host the event. The One World Awards, although covering some very emotional subjects, carefully still finds a balance to celebrate and recognise great journalism on a global scale.

Comtec is proud to have been a Major Partner for over a Decade now. 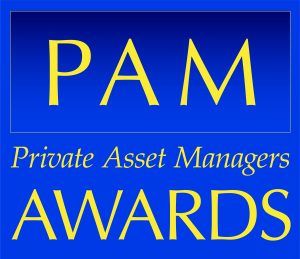 Again, another event the Team at Comtec has Produced for nearly a half decade. PAM is one of the most sought-after events in the UK Wealth Management Sector.

Taking place in the Dorchester for the past 4 years the PAM Awards has now moved to The Royal Lancaster Hotel and so will allow Comtec to show how quickly we can adapt to a new environment. To be fair, The Lancaster although newly refurbished is not a new Venue for Comtec as we have staged over 25 events there over previous years.