The challenge was set. To produce the launch of the first Astute Class Submarine at BAE Systems Submarine Solutions in Barrow-in Furness. With a 12 month lead time the team were on a mission.

With the submarine measuring 100m long x 16m wide, the launch had to take place in Devonshire Dock Hall, the largest indoor submarine build facility in Europe. This nuclear facility requires the highest-level security checks on all staff and vehicles working onsite.

The event build took one week and involved 135 crew, 15 articulated lorries, 10 x 7.5 tonne trucks and 2 coaches to transport personnel. From laying temporary flooring covering over 10,000m2, to installing a 100m2 LED Video Screen to enable viewing for over 11,000 people, to the construction of a carpeted 50m x 10m semi-permanent catering structure (complete with chandeliers) for 450 VIP’s, the launch required event and delegate management of the very highest level.

And this was just the daytime event. The evening celebration was a party for 7000 people, again within the nuclear facility. 3 live bands, including a 12 piece Soul Band performed on a 40m2 concert stage. To control the sound in the Devonshire Dock Hall, baffling drapes were hung from cranes over 100ft high and a further 2 x 25m2 LED Video Screens were rigged to the truss structure of the Concert Stage to aid audience visibility. A full buffet meal and bar facilities were provided for all 7,000 attendees. The evening concluded with a 20 minute firework display set to music. 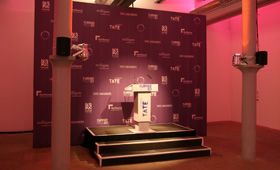 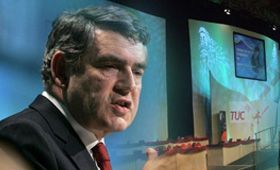 Comtec took over the Infection Prevention Society (formerly Infection Control Nurse’s Association) account in 2002 and have staged 6 consecutive annual events. The remit for the IPS is to source funding for and deliver an Read more…